A badminton match was held at Guardamar against Pilar on Sunday 15th May. Both teams consisted of 3 mixed and 2 men’s pairs. Each pair played 5 games consisting of 2 ends to 21, although setting was allowed only 1 game needed to be set. Out of 25 games Guardamar won 19 drew 3 and lost 3. Keith & Sue as well as Walt & Noel never dropped any of their games. Thank you everyone who played.

Guardamar club also handed over 400 euros to the organizer of the Altzimers association. Each year the club donates money to local charities, the club raises money by selling books and by holding quiz nights that are organised by Linda. 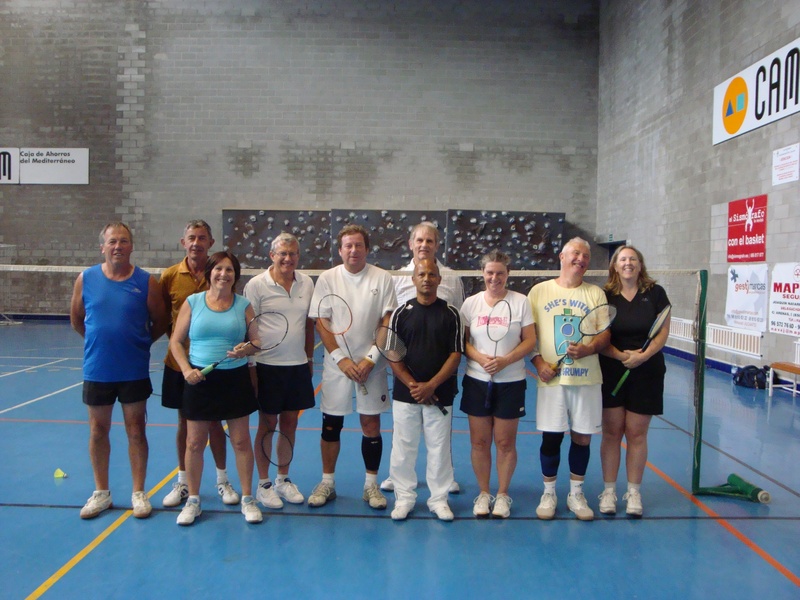 Oops, you forgot something.

The words you entered did not match the given text. Please try again.

Start a Free Blog at Webs.com